I felt good when I woke up. Buying this mattress was a good decision. I was able to sleep pretty comfortably thanks to it. In addition to taking care of the chickens as part of my morning duty, I also started practicing my marksmanship by using a target made from wood behind the shed.

Also since I could develop poison resistance from ingesting poisonous plants, I came to the conclusion that my body became stronger by withstanding the damage I received.

With potions in hand, I went to search for a slime. After I found one, I let that slime keep on hitting me and when I started feeling dizzy, I drank the potion. I kept on repeating that pattern. From a bystander’s point of view, I must’ve looked like a weirdo.

This operation was very demanding, both physically and mentally. I think I didn’t want to do this deliberately anymore. So, I defeated the slime with my sword.

After that, I walked toward the forest while foraging and there, I encountered a huge bat monster about 1.5 meters wide. When I appraised it, I didn’t receive any additional information other than ‘a bat’.

This bat monster was pretty fast. This monster could position itself perfectly, making me unable to reach it with my sword and would occasionally dive down to bite me. For now, I could defend myself using my shield but it seemed this monster’s attack had a blood sucking attribute so it could get pretty dangerous if this monster’s attack got through.

I readied my bow and aimed at the center of the bat’s body.

I missed the bat’s body but the arrow hit the wings instead, making the monster losing its altitude. Not wanting to miss this opportunity, I switched to my sword and attacked the bat with ‘bash’. I successfully crushed the bat’s head.

I appraised the bat again.

【Giant Bat: A bat type monster that can be found in the entire Lancester region. Has poisonous and HP absorption attack.】

I dismantled the giant bat right here and there, obtaining its fangs, wings, poison sac and monster core.

It was almost lunch time so I ended my exploring here. I went back to the shed with the plants I had foraged and the materials I got from the slime and giant bat.

T/N: Our MC’s first aerial monster! Good thing the bat is big enough so even if MC missed the body, he can at least hit the wings ( ´-ω･)︻┻┳══━一

Rebirth of the Little Mute 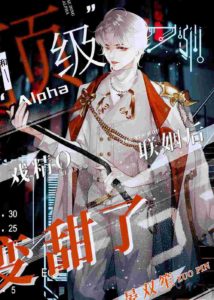