This was not an opponent that I could defeat on my own. But when you joined forces with someone, you would be able to overcome difficulties that seemed to be impossible. I really felt that after this death and life battle.

The three of us clenched our fist together and patted each other on the back with a smile that said ‘we did it!’.

The three of us dismantled the cockatrice on the spot. From dismantling the cockatrice, we could get its eyes, beak, claws, wings, meat, poison sac and monster core. We threw away the meat though because the meat was already contaminated with poison.

The cockatrice was able to unleash a petrifying attack with its eyes so I appraised the eyes.

But when I appraised the poison sac, I only received “Cockatrice’s Poison Sac” without any additional information. I appraised the meat and the description said it was pretty tasty. I wish I could try it.

For the time being, we took the materials from the cockatrice back to my place.

When we arrived at my house, Sarasa was already waiting for us with a meal ready. I had told Sarasa beforehand that she could cook anything she wanted with the ingredients in my house.

We had the deer I had hunted this morning. We had fresh liver sashimi, deer steak, salad and then soup made from deer bones. My stomach was growling at the sight. After that, all of us started eating our late lunch meal.

I was told after that cockatrice was not a monster that often appeared in this area. It was a high-level monster that only appeared in a dungeon in the middle of the forest. Though it was rare, the monster from the dungeons could overflow to the outside. But really, it rarely happened.

The three of them were talking about how they needed to report this to the adventurers’ guild and the one in charge of the town to conduct an investigation on the dungeon.

Apart from that, we talked about dividing the raw materials we got from the cockatrice. I wanted the eyes and the poison sac because I could use the poison sac to create new poison and the eyes could allow me to grant new effects to weapons. The remaining claws, beak, wings and monster core were given to Margo and Juno.

Apparently the beak was used as a proof for subjugation so Margo, on the behalf of our team, would be reporting the subjugation of cockatrice to the guild. The rewards and the guild points would be divided into 3 for each of us.

T/N: So our MC is living close to a dungeon and the dungeon might be on the verge of an outbreak? Good luck MC (ง •̀_•́)ง 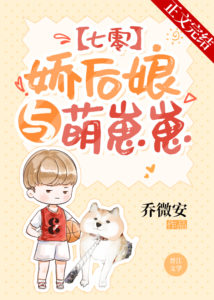 I Became the Villain’s Pendant